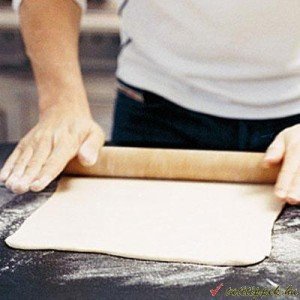 Pasta and handmade noodles are a significant part of the Hungarian cuisine. While pasta can be purchased in the supermarkets nowadays, there are still certain kind of garnishes, noodles and soup ingredients that are the best when made fresh. It is amazing how many different kinds of side dishes you can prepare from the same ingredients. Take a look:

Csipetke: Made of flour and eggs. The name means “picked”, which is actually the method of preparation. Add as much flour to the eggs until you get a hard pastry and add small pieces of them to the boiling water.

Daragaluska: Mixture of semolino, lard and eggs. Around 2-5 centimeters of noodles are formed with spoons and added to boiling soup.

Tarhonya: This special Hungarian garnish is also made of eggs and flour, but has been dried first. In antiquity it was dried under the sun and used as a garnish with stews, and in soups. There are two kinds of tarhonya in the supermarkets, one is called hand made and the other is “mechanical”. One contains similar sized balls, while the other contains different sizes.

Túrós csusza: “Csusza” is a specially formed pasta – it is irregular but flat, like fettuccine. This is probably one of the weirdest pasta dishes of our nation. It is eaten with curd and sour cream and often topped with little pieces of bacon; some people eat it with sugar on top.

Gránátos kocka: So here is paprika! We cannot have a noodle dish without the native’s favorite, paprika. This dish (main meal usually) is made of pasta (square shape), potatoes, paprika, onion and sour cream (up to your taste).

Galuska: Made of eggs, flour and water. Very popular side dish, can be prepared quickly.

Zsemlegombóc: This dumpling must be an invention after the world wars, as our grandmothers taught us not to throw away any  kind of bread. Made of dry bread, cut into pieces, flour and eggs, mixed, golf ball sized balls formed and cooked in boiling water.

Do not miss out on these! Try one of them whilst visiting Hungary!

Or, taste it with your personal guide on our 4-hour