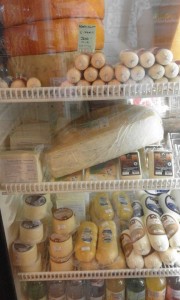 According to the etymology, the words “fejni” (milked) and “vaj” (butter) already existed in the 11-13th century in Hungary. The pastoral Hungarians mainly used sheep milk to make cheese. The use of cow milk to make cheese was first started by Germans in the highlands in the 13th century. They also traded cow milk cheeses, proved by the existence of the Késmárk settlement, Kase-markt in German, referring to the cheese market, that took place in the highlands.

During the Turkish occupation a part of the tax had to be paid by cheese. From the 18th century the production of cheese took place mainly in dairy farms. Újhelyi Imre initiated the fusion of 5 milk cooperatives in Moson county in the 20th century, and has since been one of the centers of milk production in Hungary. Their well-known products are: Óvári, Ilmici, Lajta, Göcsej, Balaton and various spreadable cheeses (vajkrém, kemping sajt, boci sajt).

The cheese consumption in Hungary is approximately half the amount it is in France.

Pálpusztai : Created by Heller Pál, who was the owner of a cheese manufactory in Budapest, and who named the cheese after himself. It is famous for its distinguish odor, and has a soft consistency.

Ilmiczi: This cheese has a strong charateristic. Fatty, yellowish cheese, recommended to accompany some wine or sweet onion.

Túró / Curd cheese or cottage cheese /: Curd cheese in this form cannot be found in any other country. The neighboring countries has similar cheeses, the most similar one in Germany. Our curd cheese is drier and used widely in sweet and savory dishes. The popularity of curd cheese in Hungary is definitely shown in the numbers: 4 kgs/person is eaten every year. 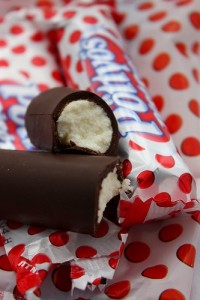 Other cheeses with a foreign origin, but has a similar product in Hungary:

Trappista: The most popular cheese, used frequently in cooking as well. Originally made by Trappist monks in Port du Salut, France.

Pannónia: Known as the Hungarian emmental, with a special walnut flavor. This Swiss -type cheese has been produced since 1908, and until 1981 was called as “emmetal cheese”. In 1981 due to an agreement between Hungary and Switzerland cheese produced in Hungary cannot be called as emmental, so we can say it is special Hungarian brand.

Come and join our culinary tour to try some great cheese products from Transylvania. Or get to know some of the Budapest cafés with a personal guide on the coffee houses walking tour, and taste the delicious starters including curd cheese.