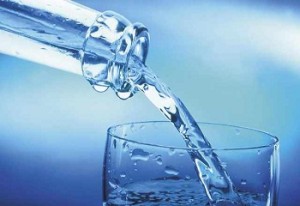 Hungary is one of the richest water site countries within Europe. 12 000 m³ water per person is available for our needs. The stones and water inside the Carpathian Mountains are heated, this is the special nature of the mountains, and this results in actually more mineral water sites and thermal springs. There are more than 500 wells in Hungary that provides mineral water. Currently 120 wells provides certified mineral water (by EU), from which, 45-50 different kinds of water are bottled. The three mineral water brands containing the most minerals are: Balfi (1869 mg/l), Theodora Kékkuti (1600 mg/l), and Parádi (1430 mg/l).

Historical data proves that the mineral water of the Carpathian basin was popular among the Romans, AD 180. The Balf mineral water was mentioned in a document in 1199, and the healing effect of drinking of and bathing in this sour water was proved during the reign of Maria Theresa.

The ancient marks of a well we can also find  in Kékkút, where the altar stones around the “Anna-headspring” or “Theodora headspring” are. The altar stones date back to 2000 years ago. Ruins of a thermal bath can also be found also in the surroundings of the well, so we can assume that the water was used for bathing purposes by the Romans. Today the water is called “Theodora” mineral water, named after Theodora Byzantine Empress (BC 492-548), whose favorite drink was this mineral water.

Parád mineral water and Parád thermal water are both  traded today, and they are coming from the “Csevice” spring wells. Like many other springs, this was initally found by animals, and not humans. Shepherds with their herd realized that the animals rush to these springs, instead of the springs found on the fields. So, they also tasted the water and it slowly became popular among the people as well. Thanks to its high sulfuric content, Parád mineral water has been used successfully for sicknesses in the digestive system in the last 200 years. If you drink this mineral water with wine, you will never experience a hangover.

The Turks highly appreciated the natural springs of Hungary during the Turkish invasion. Several springs have names that reminded us of these times: ex. Rózsakerti-kút (Rose garden spring) Janicsár-kút (Janissary-spring) in Székesfehérvár. Several Baths of Budapest were also founded by the Turks, and still functioning as Turkish baths: Rudas, Király, Rác, Veli Bej baths.

Maria Theresa initiated to collect all the mineral waters of Hungary, methodize them, so they can be used in medication.

To consume or bath in different kinds of mineral or thermal water, is a very commonly used therapy in Hungary . Doctors are highly suggesting and supporting the bath culture, it is one of the traits of Hungary.

Join our tours, where we also taste some minerals waters of Hungary!