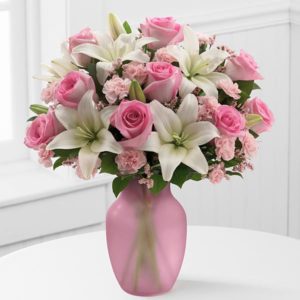 Today is the International Women’s day around the world. A day to celebrate femininity, beauty, life, and care, all the nicest part of us, that brings joy and pleasure to ourselves, and to the other people. I would like to share the stories of two Hungarian ladies, who changed the world, showed beauty,  set a great example to everybody that hard work will pay off.

Josephine Esther Mentzer, the youngest daughter of two Hungarian immigrants, was born in 1908 in New York. Her mother, Rosenthal Rózsika, was born in Sátoraljaújhely, Hungary, and her father, Max Mentczer is from a small village near Dunaszerdahely, called Galla. The young “Eszti” loved spending her time at her uncle, Schotz János’s pharmacy, who was a master of creating creams and lotions. The girl quickly picked up the knowledge and tested her creations on her classmates.

Esther got married at an early age, and together with her husband (Joseph Lauter), started to concentrate on building their company. A 3- years break in the marriage made the comeback of the two together even stronger, that is when Joseph changed his name to Lauder, and Esther became Estée, so the brand “Estée Lauder” was born.

The quality of their products was higher, than other company’s products at the time, and even though they were more expensive, the stylish advertisements, and packaging attracted their lady customers easily. They paid very well to the talented employees, and the exclusive products were only reachable at the high end departments stores. Estée created the custom of product samples, she also loved giving free gifts to the customers with their purchase. Her marketing was unique at the time, her fidelity to quality product, and the beauty culture that she created has changed the beauty industry forever.

“My mother was passionately engaged to: her family, the company she created, and her mission, which was to smuggle in beauty into all women’s life” (Leonard A. Lauder, Estée Lauder’s son)

The only Hungarian-born actress who became a big hit in Hollywood. She was born in Budapest, 1917, and after a couple of years on stage in Vienna, and becoming Miss Hungary in 1936, she immigrated to the United States in 1941. Gabor Zsazsa was the lady of “charm and grace”, and perfectly executed the European stylish model of the era.

Some of her famous movies: Moulin Rouge, Lovely to Look At, We’re Not Married!, Touch of Evil, Won Ton Ton, Queen of Outer Space, A Nightmare on Elm Street 3, Happily Ever After. She also appeared in several talk-shows, and television series during her career.

Gabor was also know for her numerous husband, exactly: nine. The hotel-chain owner, Conrad Hilton is among them, and from this marriage she had her only child, her daughter Francesca Hilton. Her last husband, Frédéric Prinz Von Anhalt, whom she married in 1986, stated, that in 2015 Gabor expressed her wish to come back to Hungary and live the rest of her life here, but unfortunately this has never happened.

Extravagant lifestyle, glamorous style, and several husbands, under the Hollywood starlights, what her life was about.

“I love the companionship, I love cooking for a man (simple things like chicken soup and my special Dracula’s goulash from Hungary), and spending all my time with a man. Of course I love being in love — but it is marriage that really fulfills me.” Gábor Zsazsa (wikipedia)

Talented Hungarian ladies live and travel all around the world, we tribute to your talent and beauty! Thank you for representing a bit of our ascendants, and happy women’s day to all of you!